Inside the History of Branding 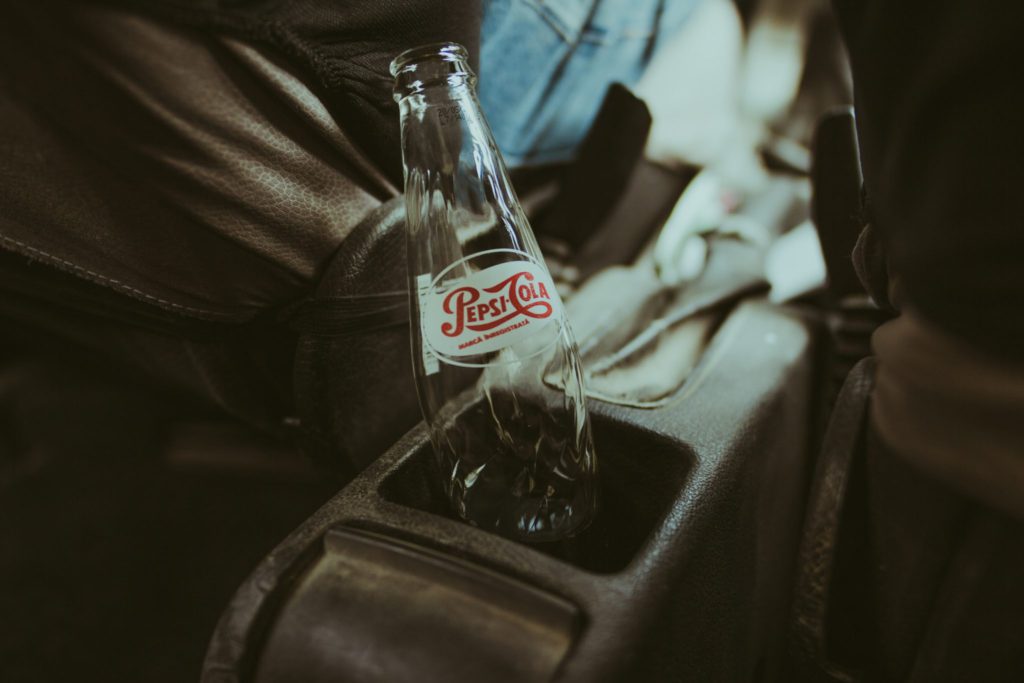 The average person is exposed to almost 10,000 ads a day. In a time when we’re inundated with information and advertisements, it would be easy to believe that branding is a new concept. In fact, the concept of branding dates back to ancient times. From early Scandinavia through the Industrial Revolution and into modern times, branding has become an important part of communicating business identity.

Branding is powerful. Some brands such as Band-Aid and Kleenex have become synonymous with their product line. Once a consumer has chosen a particular brand, they will often purchase it again and again without making the same conscious choice. Branding is about building trust with a consumer by showing who you are and what you value as a company. At its best, branding strikes a chord with your audience. If your mission and products and ethos connect with your consumers’ emotions, you’re well on your way to creating a long-term customer.

What does this include? Just about everything. Branding should be part of your business strategy because it incorporates advertisements, logo, public perception, price, product placement, target audience, customer service and company values. The most successful companies are those who have a clear sense of their mission and connect deeply with the desires and needs of their target market. Dan Wieden, co-founder of the advertising agency Wieden & Kennedy, describes brands as verbs: Nike exhorts. IBM solves. Sony dreams. The strongest companies know their verb and build a branding strategy around that.

Visual marks have been the cornerstone of branding from the outset. The word “brand” comes from Ancient Norse, dating back to the 1500’s when Scandinavian cattle owners used torches to mark cattle in order to show ownership. This served as a personal logo of sorts and helped a cattleman to easily identify his herd. Over time, branding evolved from simply showing ownership to differentiating a product from the competition.

During the Industrial Revolution, mass production meant that items were made more quickly and cheaply, and quality and sourcing became a concern for consumers. Branding was a way to show the origin and quality of a product. This is also where brands began to develop distinctions showing company values: playful, dependable, luxurious, etc. When logos were introduced, it solidified a company’s image and consumers began buying products based on company reputation. Branding changed from being a product description to a mark of quality.

Branding changed significantly during the 20th century. In the post-industrial era, it became common for businesses to advertise their products in newspapers and magazines, but the advertisements focused solely on the product itself, with descriptions and recommendations for how it could be used. As the market got more saturated, however, businesses needed a new way to differentiate themselves from the competition. This led away from the old approach of product description to a connection with a consumer’s emotion and sympathies.

In the 1950’s, Chanel started using ads that focused more on what it meant to own and wear Chanel than on the product itself. The power of branding is so strong that it can change our perception of an entire product. Chanel reinvented the suit and introduced it as women’s work wear – something that was brand new at the time. It became an immediate sensation because Chanel had an established brand and made the suit seem as if every modern woman needed one. This shift made branding less about the product itself than the perception of what it meant to own Chanel – the message was that any woman could be a glamourous modern woman if she wore Chanel.

Apple took this a step farther in 1997 when they launched the “Think Different” campaign – what seemed like a simple campaign redefined the struggling brand. The most notable aspect of the campaign is that it only promoted the company branding and did not show any product. It didn’t focus on Apple or their product, but re-established Apple as a leader in the market. The meaning behind it was clear: Apple products are used and appreciated by those who are talented, artistic world-changers. This campaign marked a transition in how marketing and branding campaigns were conducted and laid the foundation for the emotions-driven campaigns of today.

Branding has cycled through the definitions of marking property to defining company perception to centering on a customer’s experience. Today’s consumers – especially the younger set – choose brands that speak to them and provide a unique or valuable experience. Brands today are not only expected to have a quality product and reasonable price, but consumers look for brands with positive social engagement and values that resonate with them.

We are immersed in branding today: contrary to the days when consumers only interacted with a company via printed advertisements, viewers see or hear up to 10,000 ads in one day. Consumers may not be as consciously aware of advertising as they once were, which is why it’s difficult, but more important than ever to craft an impactful branding strategy. There are also measures taken by the overwhelmed consumer to avoid the constant barrage of advertisements – ad blockers, changing channels during commercial breaks, or paying for a premium ad-free account.

The constant evolution of technology has meant more possibilities for brands to connect with consumers and promote their products. Where traditional branding was solely newspaper or magazine advertisements, modern branding is far broader and includes social media campaigns, influencer collaborations, as well as radio and TV ads. Many advertisements or endorsements still include some product description, but the focus has shifted from featuring the product itself to highlighting how it’s used in everyday life. Often, today’s consumers buy a particular product because of the sense of belonging it creates.

Ideally, your brand is a good reflection of your company and builds trust with potential customers. If you lack clarity or find that your brand identity doesn’t fit well anymore, it may be time for a rebrand. Barolin + Spencer has over 30 years of experience in marketing and brand development and can guide you through the process. Contact us if you’d like to learn more or set up an exploratory meeting.